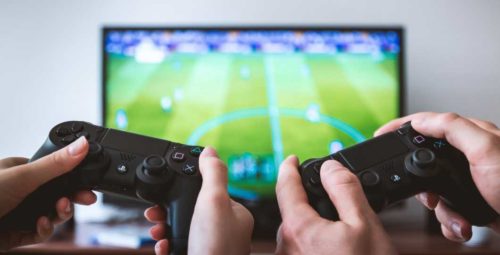 So you’ve decided to become a game streamer.

Congratulations! You are now one step closer towards the streamer career many aspire to achieve. Big names in the streaming world such as Pewdiepie, Ninja, and Shroud got themselves earning a massive fortune from their hobby-turned-business.

The good news is: it’s not too late for you to aspire to take the road they’ve taken. But before you become a streaming A-Lister, you must first pick a game to stream. These games would define your career, so it would be better to pick the right game for you!

Here are some of the popular and up and coming games to consider streaming in 2020: 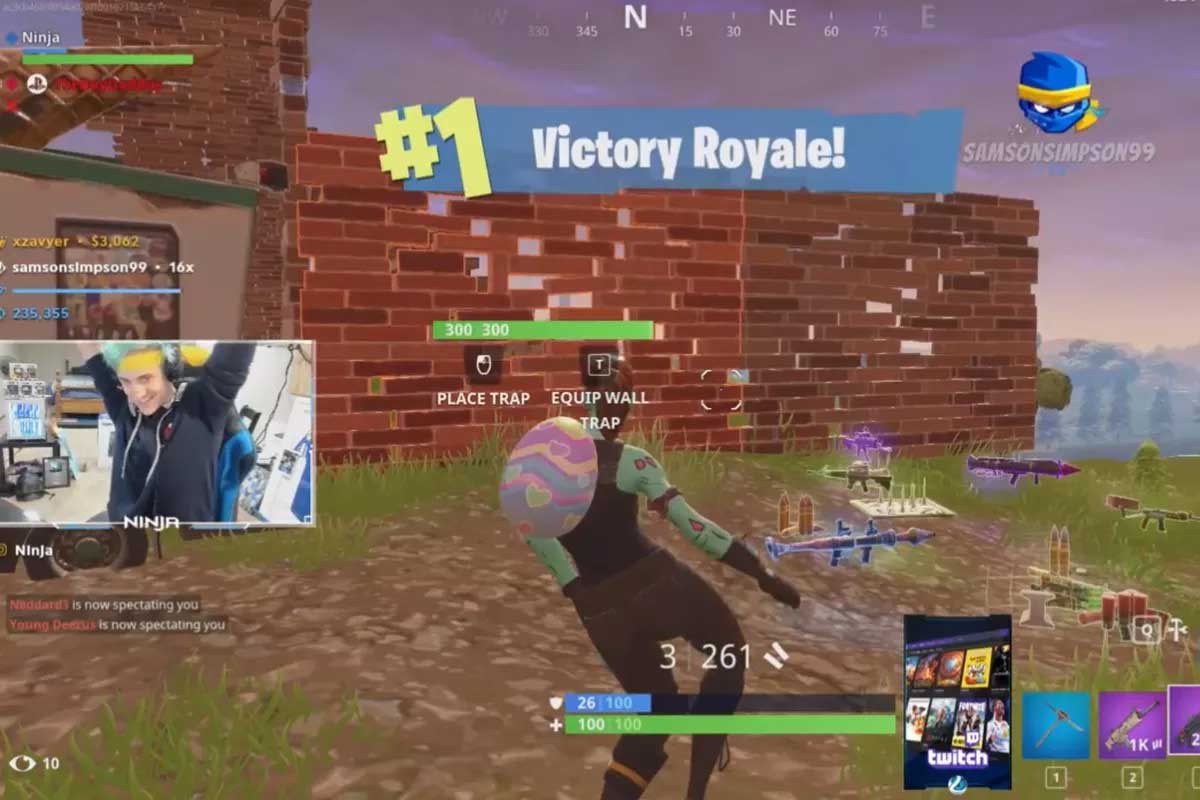 Fortnite is an online game created in 2017 and is considered to be one of the most streamed games across all platforms. It was released as different software packages, with a variety of game modes that share the same world and game engine. The most popular game mode is Fortnite: Battle Royale, where 100 players fight to win a last-man-standing match that involves picking gun and medic loots and building fortresses.

Every match is guaranteed to raise your adrenaline levels and keep you pumped until the end. In short, this game is undeniably fun! While it can prove to be a challenge for new streamers to join this audience, it’s a good pick for those on pro teams or who aims to compete in tournaments.

In case you’re wondering what the gameplay looks like, check out how Trevor and pro-streamer Ninja played Fortnite on Mixer. 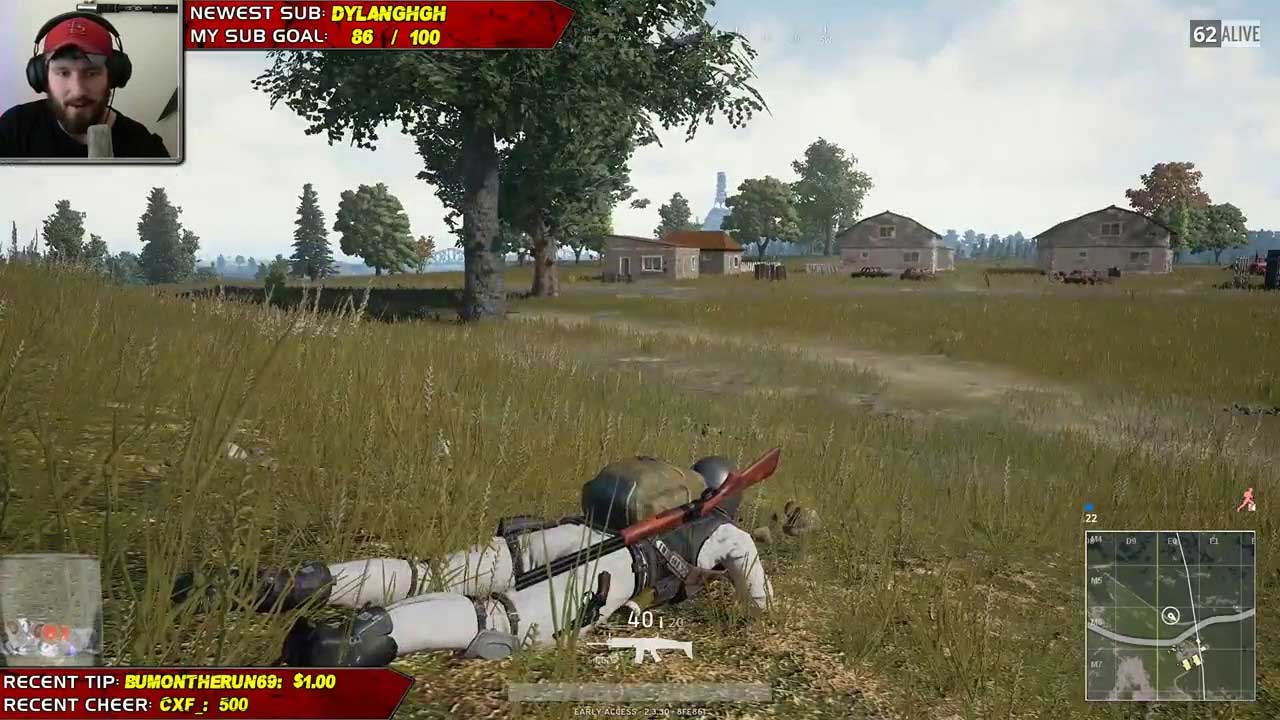 The release of PlayerUnknown’s Battlegrounds (PUBG) in 2017 paved the way for Battle Royale genre games to enter mainstream status. It is a competitive survival shooter game developed by Tencent International Limited, where players must fight to locate weapons and supplies on an uninhabited island to be hailed as the lone survivor.

If you manage to win over the hundred others, the “chicken dinner” is rightfully yours!

It’s always interesting to see the gameplay of one of the most popular games in the world. PUBG attracts viewers across all ages, making it easier for you to possibly cultivate a loyal following. Not to mention, every match is surely a whole lot of fun. 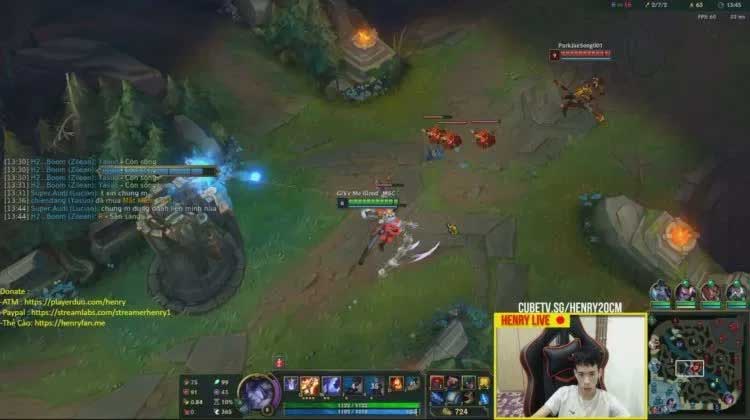 LoL is arguably one of the most classic games to be streamed. It recently saw a resurgence thanks to the decline of Battle Royale (BR) games this year, and many of the old players are returning to the game.

It is a multiplayer online battle arena (moba) video game that is fast-paced, competitive, and filled with an ever-expanding roster of champions to choose from.

LoL hosts frequent competitions worldwide. The hype for League always grows during its routine yearly peak (October – November), making it an ideal time for you to stream the game. The ceiling for growth in this game is enormous, too. 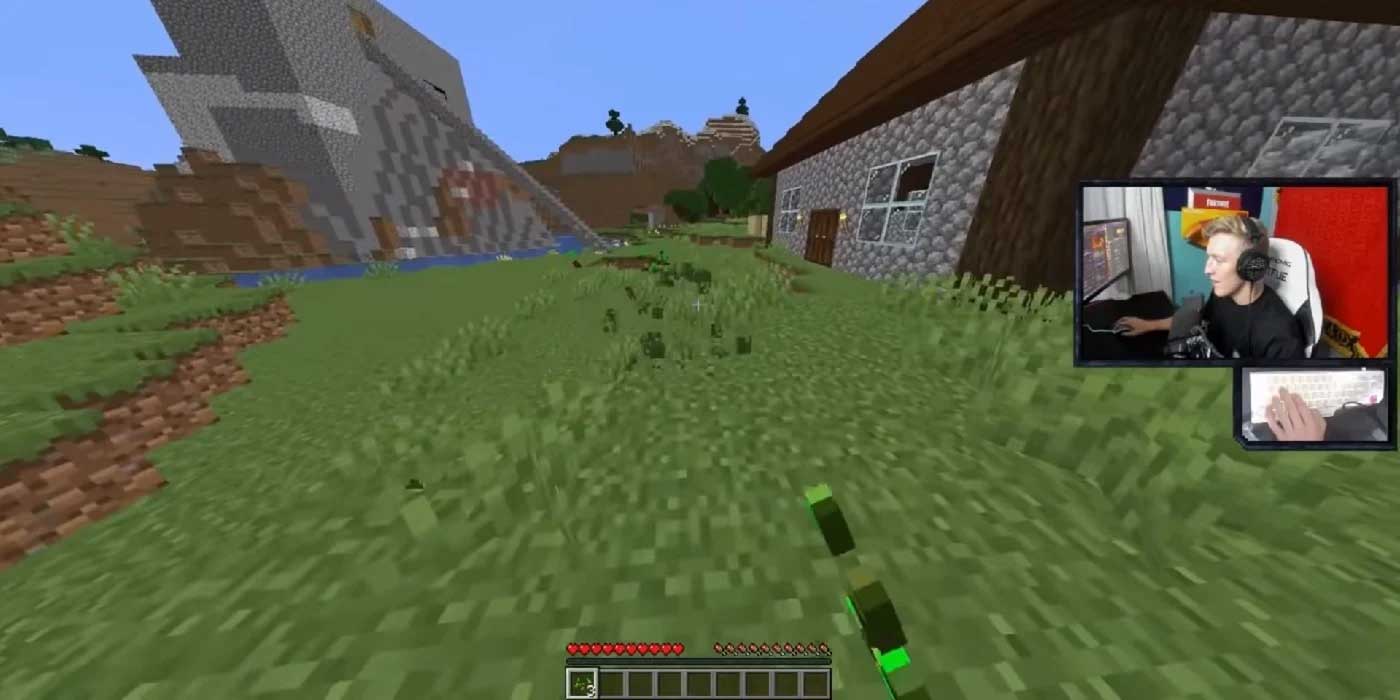 Simply described by its creators as “a game about placing blocks and going on adventures,” Minecraft grew to become a cultural phenomenon over the years. It is one of the games which helped Pewdiepie rise to the ranks of being the top streamers of all-time with 100 Million subscribers.

Released in 2009, it is one of the most best-selling PC games ever created. With the endless possibilities it presents, it’s no surprise how this game is a streaming hit.

Minecraft allows gamers to have freedom and total control as they play. They can choose to build their own worlds and do other in-game activities like exploration, gathering resources, and full-on survival mode.

It’s guaranteed that no two streams will be exactly the same thanks to its huge breadth of possible experiences. How fun is that? 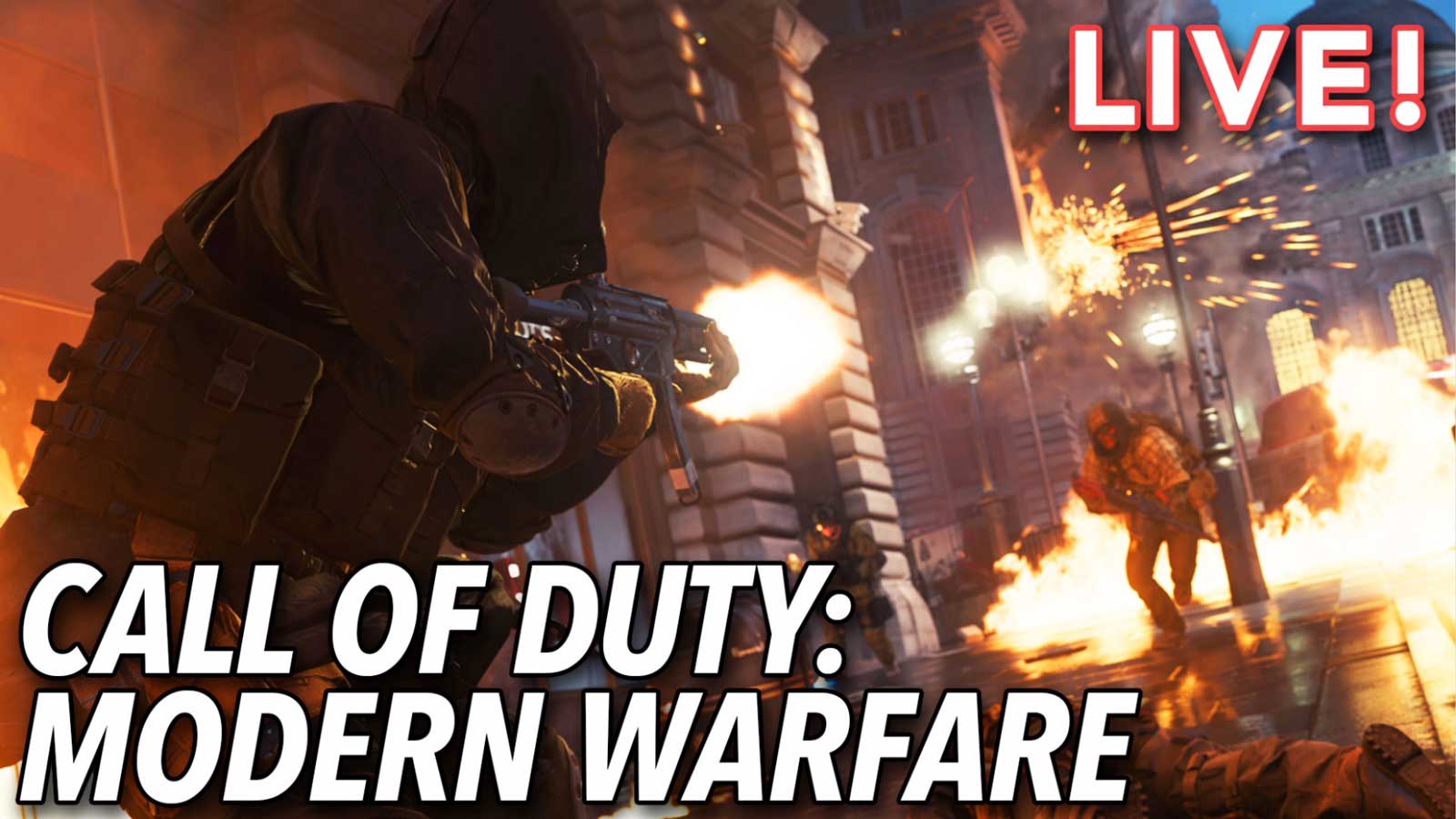 Cross-play, free maps and modes, and a new gaming engine deliver the largest technical leap in the entire CoD franchise. Long-time fans wouldn’t want to miss out on that!

If you like to be challenged in your games, this game is a great choice to stream. The reboot is branded to be more provocative than its predecessors, thus more strategy and thought is required. There’s also plenty of multiplayer modes to enjoy. 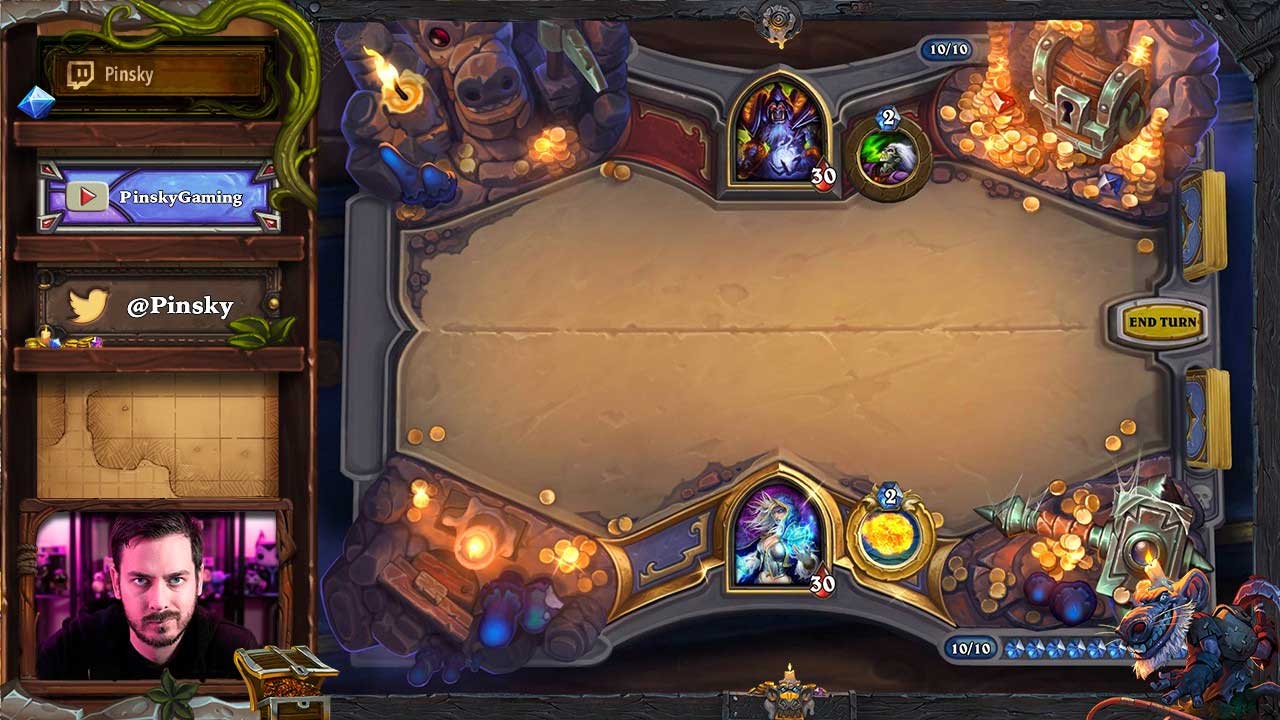 Reigning as one of the best games to stream for anyone with less than 100 viewers, this game’s average viewer rate is considerably decent on many platforms. Viewers are often on the lookout for new Hearthstone streamers to watch.

It is a great game for interaction. The game involves a lot of waiting period in between, which is the perfect time to interact and chat with your viewers. It’s one of the reasons why so many people enjoy watching it. 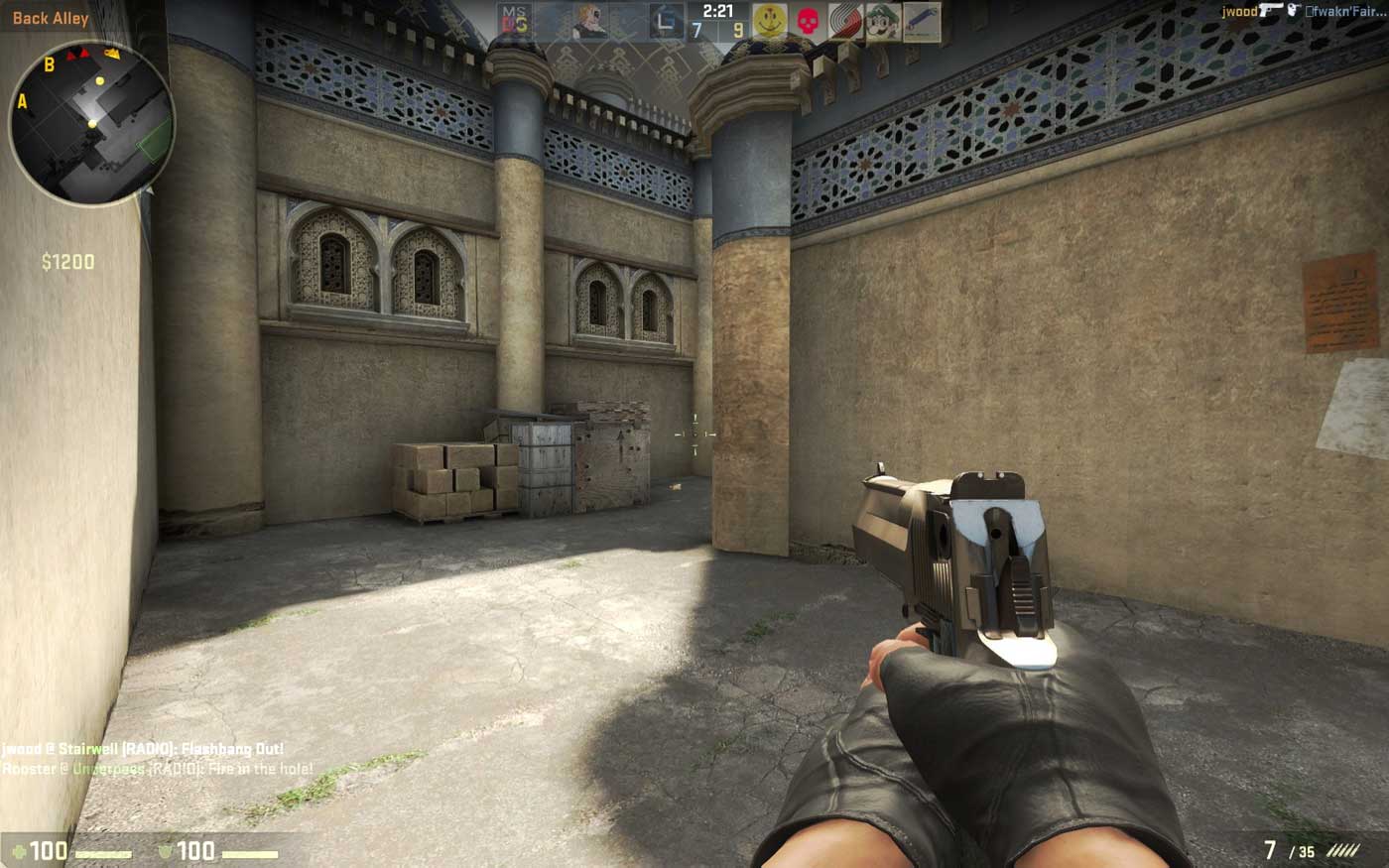 CS:GO is a multiplayer first-person shooting game which is among the most competitive games online. It currently holds a 9/10 rating on Steam. The game added a battle royale mode last year to jump on the BR hype, and it was later turned into a free-to-play game. Most notably, CS:GO’s competitive aspect remains unrivalled to many.

There are lots of positive reviews for the game, and the peak concurrent players is relatively high all-year round. Many players also note that other FPS games don’t nearly have as much depth as CS:GO. With its Counter Strike title, it’s also bound to hit players with the classic nostalgia. 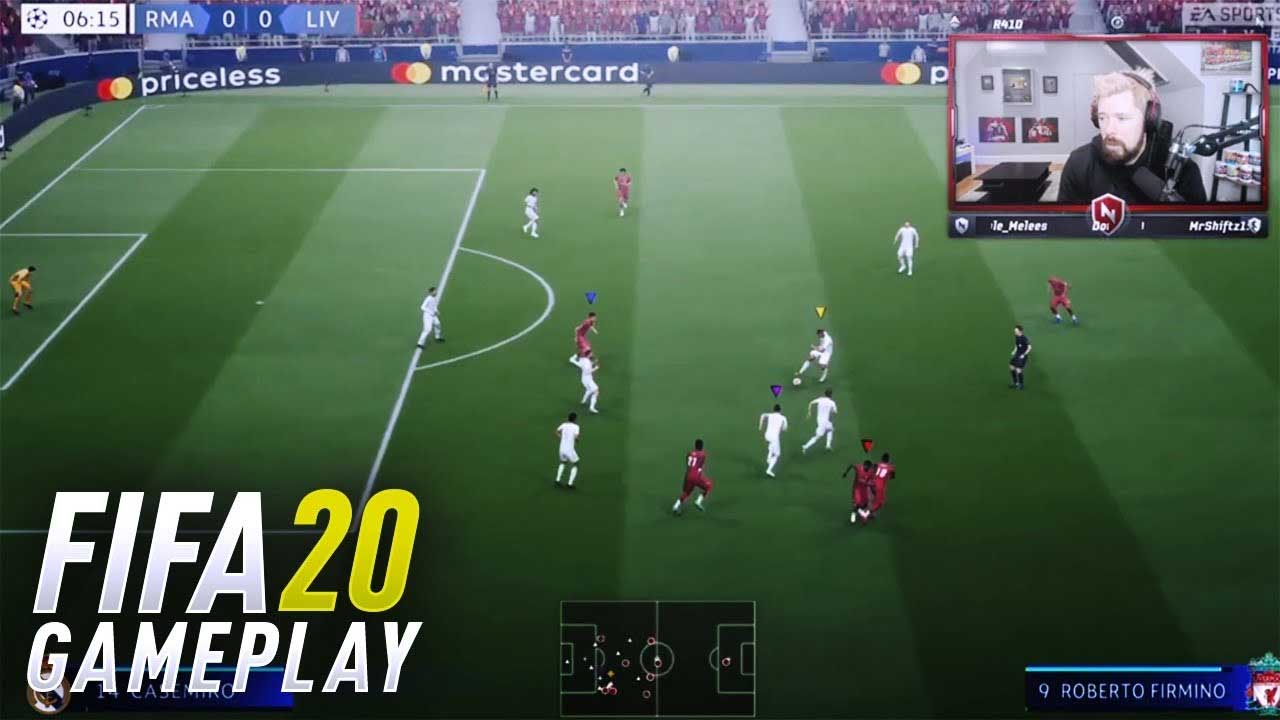 The perfect game for soccer heads: Fifa 20 is here to maintain the track record of the revered soccer series. The gameplay isn’t drastically different from last year’s game, but it features improvements for longtime fans.

This new series presents an improvement on its Ultimate Team mode, paving the way for better single-player opportunities, shooting and defending improvements, all-new physics for the ball, and flawless animations.

There’s also a new Volta Football mode, which moves the sport to a small court-like pitch with teams of just 3-5 members. You might want to check that out!

Up and coming games 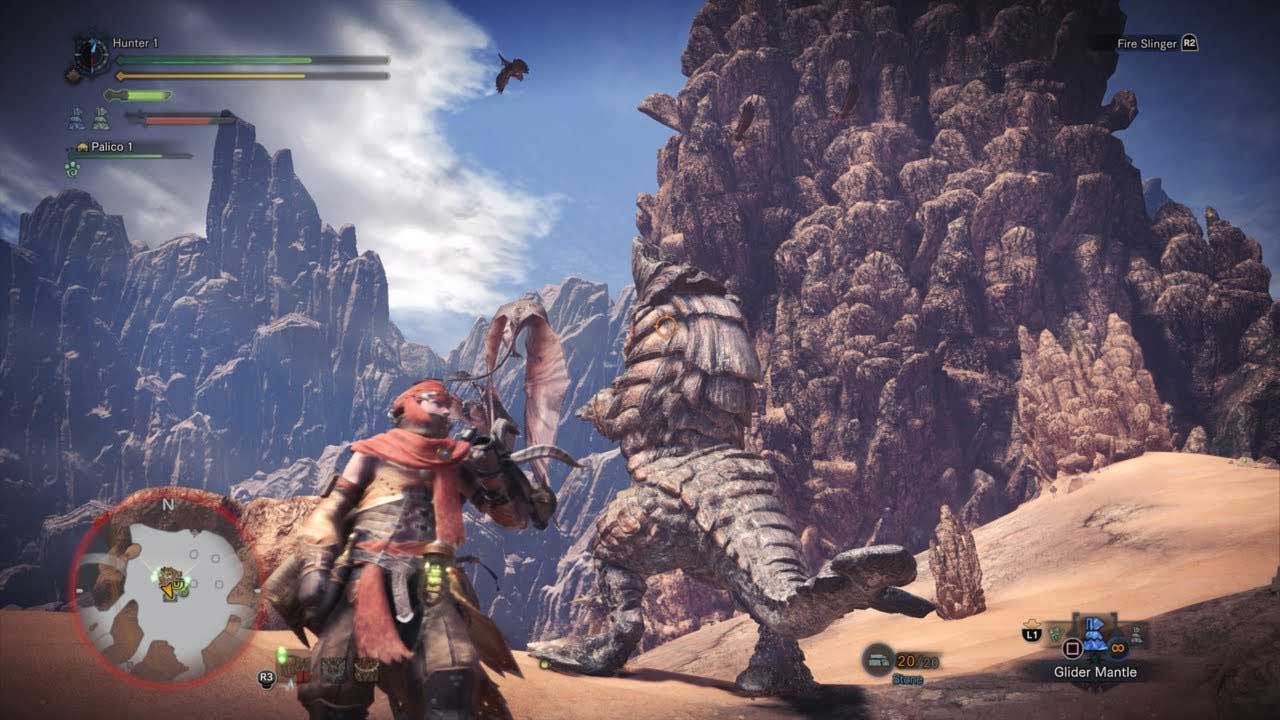 This version has brought the epic monster-slaying game into the mainstream list on consoles such as Xbox One and PS4. It’s a solid choice to play on PC, too. Chase wild beasts through lush jungles, explore the visually stunning world, or challenge your fellow hunters in arm wrestling at the Gathering Hub.

Statistics and viewer count aside, this is probably one of the most aesthetically pleasing games on this least. The gameplay is immersive, intricately detailed, and almost feels too real. It’s easy to spend hours simply appreciating the beautiful world around you. 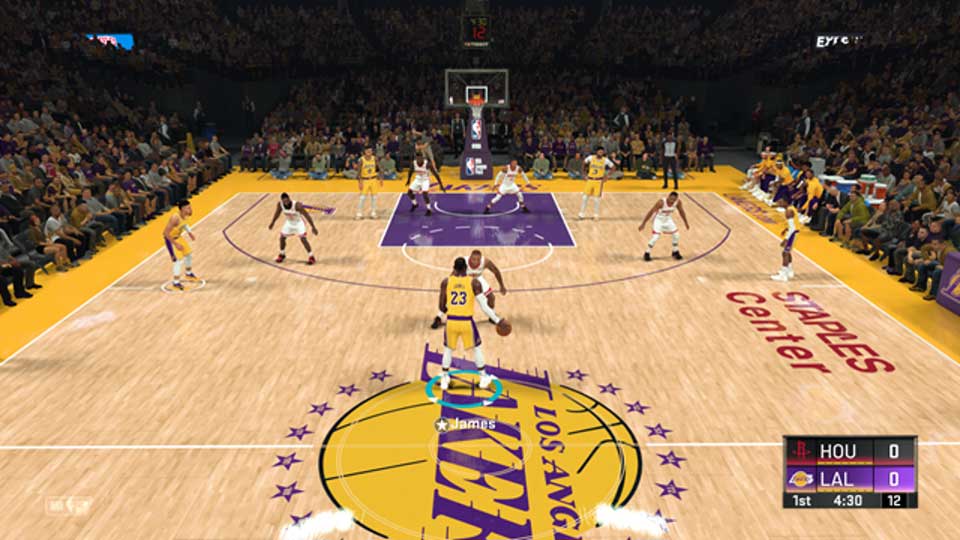 Whether you’re a serial dunker or completely new to the court, NBA 2K20 is a great game to appreciate basketball. Basketball gaming enthusiasts would be able to better learn the rules, strategy, and even mechanics of the game much more quickly just by playing for hours.

This latest installment of the hit NBA 2k series presents plenty of improvements to differentiate it from its predecessors: a new story mode, MyPlayer overhaul, and various gameplay tweaks. The gameplay is as fresh as it can get! 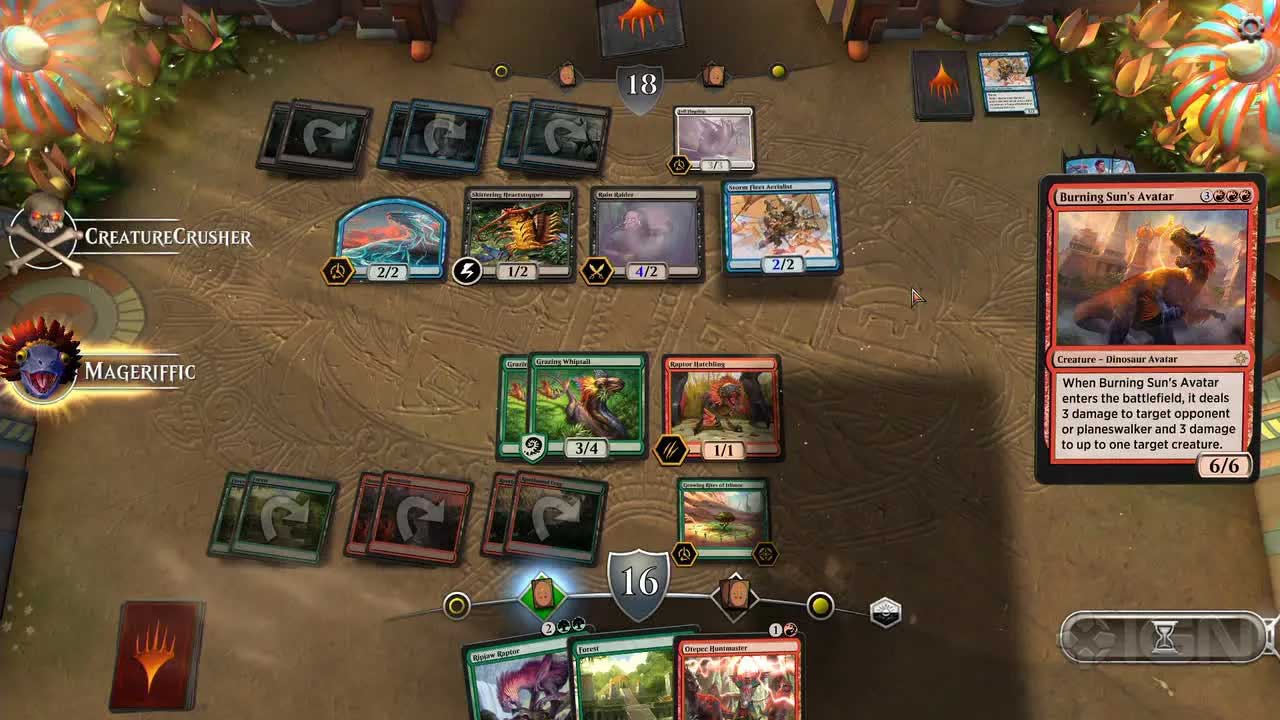 Considered as Hearthstone’s younger sibling, Magic: The Gathering is another great pick for streamers who are willing and looking to grow. It’s relatively new across most platforms, making it accessible for streamers who want to stream the game.

You don’t need years of experience and thousands of cards to succeed in this game. If you have experience in playing the original card game, use that expertise and nostalgia to boost your content quality. Just like Hearthstone, it also offers a generous downtime for interaction with viewers. 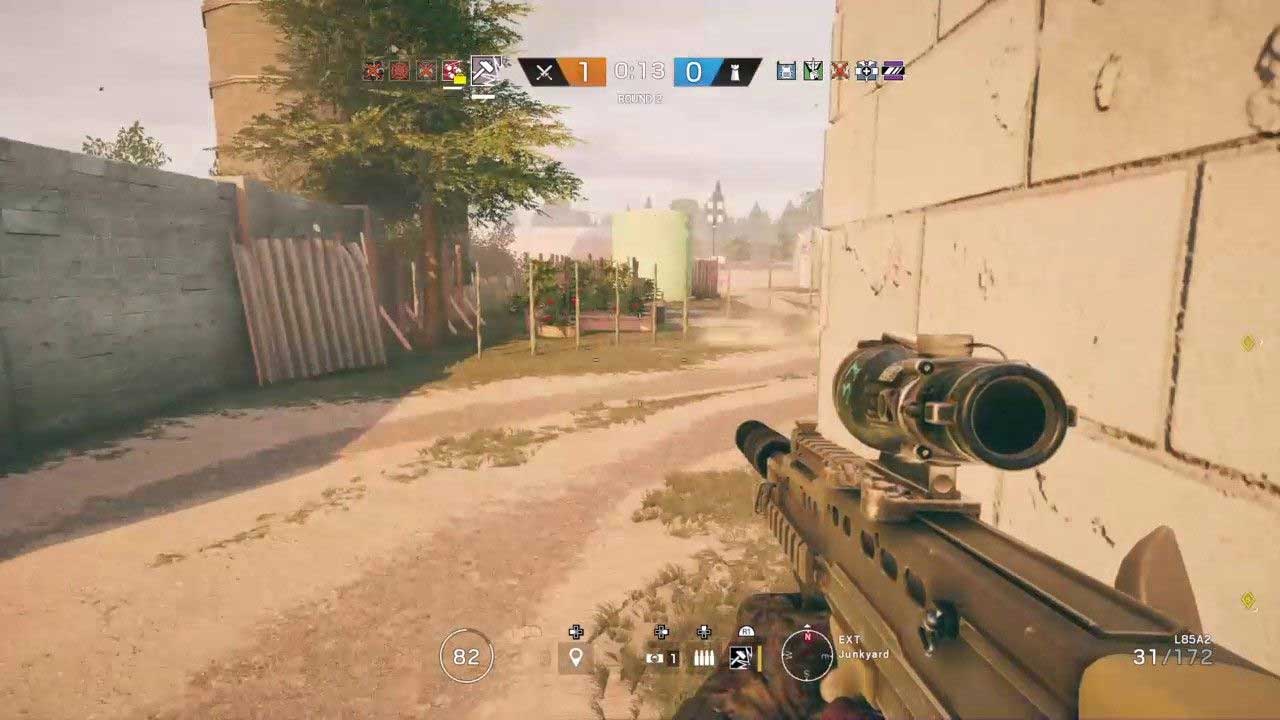 The latest installment of the acclaimed first-person shooter franchise developed by Ubisoft Montreal studio, this is the perfect choice if you’re into competitive shooting games. The game puts notable emphasis on environmental destruction and cooperation between players.

According to Newzoo, a renowned gaming analytics site, Rainbow Six: Siege rose 10 spots to #5 with 4.1 million esports hours watched, generated by the Six Invitational 2018 in Montreal. With the growing hype on the game, you may just cultivate a great audience for your channel. 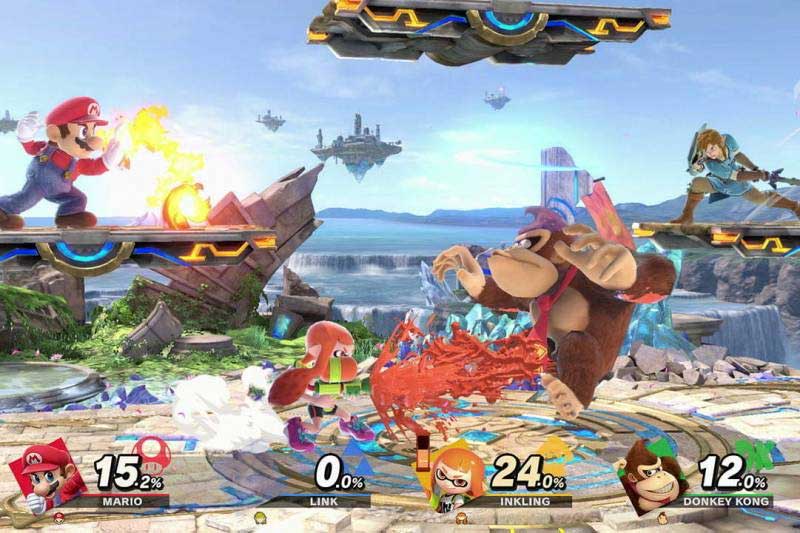 This 2018 crossover fighting game developed by Bandai Namco Studios and Sora Ltd. The game saw a huge in the past months, particularly due to major tournaments such as EVO and Super Smash Con. This game has potential for streamers who want to see a relative growth in their channel.

Super Smash Bros is also a great choice if you want to focus on viewer interaction. It has: viewer arenas, online tournaments, and custom stages. It’s also a long-term game for your channel, since Nintendo expressed its desire to support the title for the following years.

In closing, for new gamers looking to break into streaming world — take time in deciding which game fits your niche the most. It might take some time and a lot of trial and error from one game to another, but choosing the right game can guide your streamer career into the road of glory.

For those looking to perhaps go outside their comfort zone, challenge yourself and play a game which intrigues you the most. Sure, you might start as a beginner with low skills, but the growth and progress you’ll show along the way is a great option for building an audience. 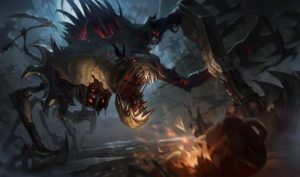 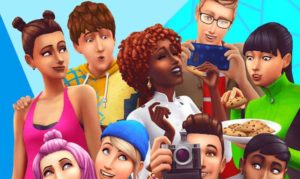 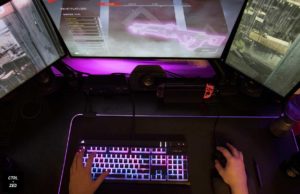 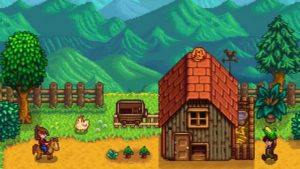