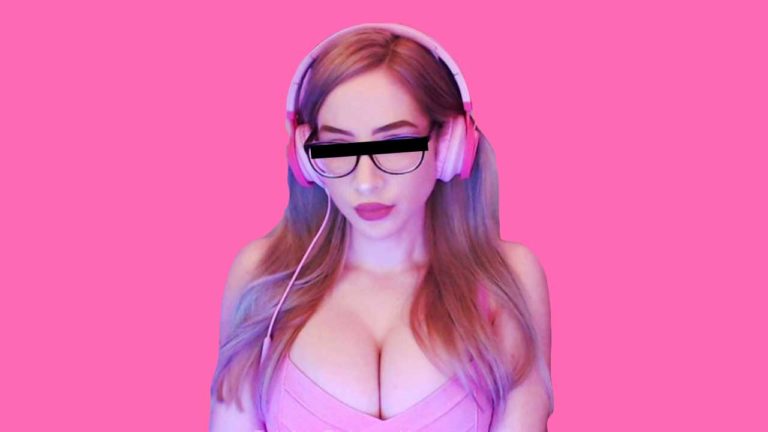 Everyday, countless female streamers are being scrutinized for wearing skimpy and revealing clothing.

Showing too much skin on camera is something most people think as an “attention-seeking” strategy. People dub this as an easy way to generate views, if not desperate, hence it’s no wonder why many are opposed to this kind of tactic pulled by many girl gamers.

Female streamers who wear tank tops and other comfortable, breast-focused clothing are often compared with cam girls.
Regardless of whatever reason they chose to wear such clothing, for comfort or just that they ran out of regular tees because it’s laundry day, a lot of these girls appear to show cleavage for the increased views— hence the comparison.

Both jobs are also similar in ways like maintaining a regular schedule, keeping in touch with fans and supporters, and building a unique online persona. They are forms of online work grounded on one’s ability to cultivate and monetize a personal following.

These girls also have to work hard on showing they have the personality and the skills if they want the views to retain.

Cheese sayuri on Facebook Gaming
Undeniably, a thumbnail featuring a female streamer in “revealing” clothes is more likely to be checked out than a relatively unknown streamer with pro-like gamer skills.

Why? It’s a good advertising tactic. Plus, it’s not technically a crime to do so.

Most people do not have the time to individually check out all live streams. They tend to click on whatever catches their attention and take it from there.

Whether they sub to the said female streamer, watch their entire livestream, or leave after 10 seconds— the fact is that the “tank top” practice is proven effective.

So if you’re confident, why not flaunt what you have? This may get you some harsh words from your chat, but then again, it may also be one good way to boost your audience and viewer rate.

Doing so won’t make you the only female streamer to wear such skimpy clothing on a broadcast. There’s nothing to worry about! Regardless of whatever streaming platform you choose, from Twitch to Facebook Gaming, there will always be other girls who are embracing this kind of strategy like a way of life.

With an easy execution and proven results, one cannot simply blame these female streamers why they resort to tank tops and breast-focused clothing. 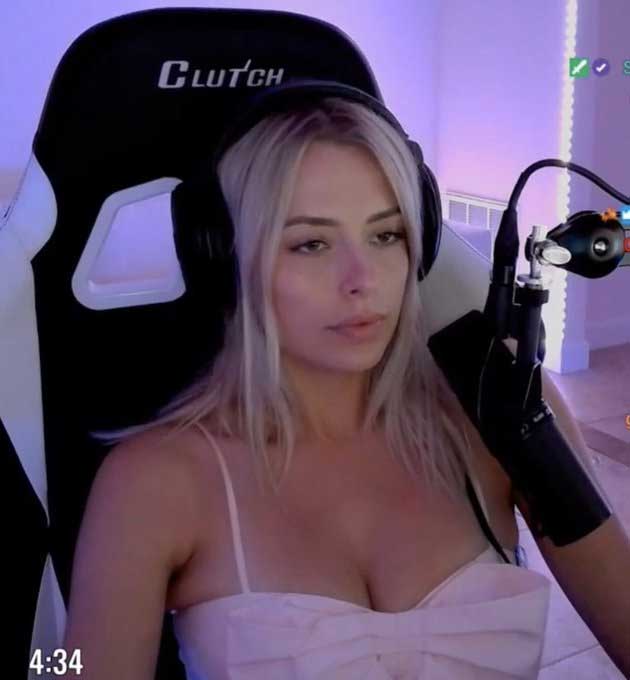 Corinna Kopf
Most platforms are strict when it comes to “revealing” streamers. In December 2019, streamer Corinna Kopf was allegedly banned on Twitch for wearing sexy clothing.

The tank top she wore on the stream was considerably not ban-worthy, considering what other female streamers get away with. Some even go on “nude” and do a full body painting.

However, her top was still deemed as “undergarments” for being breast-focused, which is why her channel got suspended.

Fans speculated the Twitch staff must’ve thought her particular tank top looks more like a bra with a big ribbon on it.

Fellow female streamer Kalei went to Kopf’s defense, saying it was the attire of most females on Twitch’s Just Chatting streams:

you were wearing a legit cute top? if that's the case and they banned you for that, they need to ban 75% of the females on just chatting currently, wearing the same thing if not worse. (not hating on anyone just saying the banning double standards on twitch are fucked)

“you were wearing a legit cute top? if that’s the case and they banned you for that, they need to ban 75% of the females on just chatting currently, wearing the same thing if not worse. (not hating on anyone just saying the banning double standards on twitch are fucked)”

This just goes to prove how most female streamers on Twitch actually wear the same type of clothes, or maybe something even less. 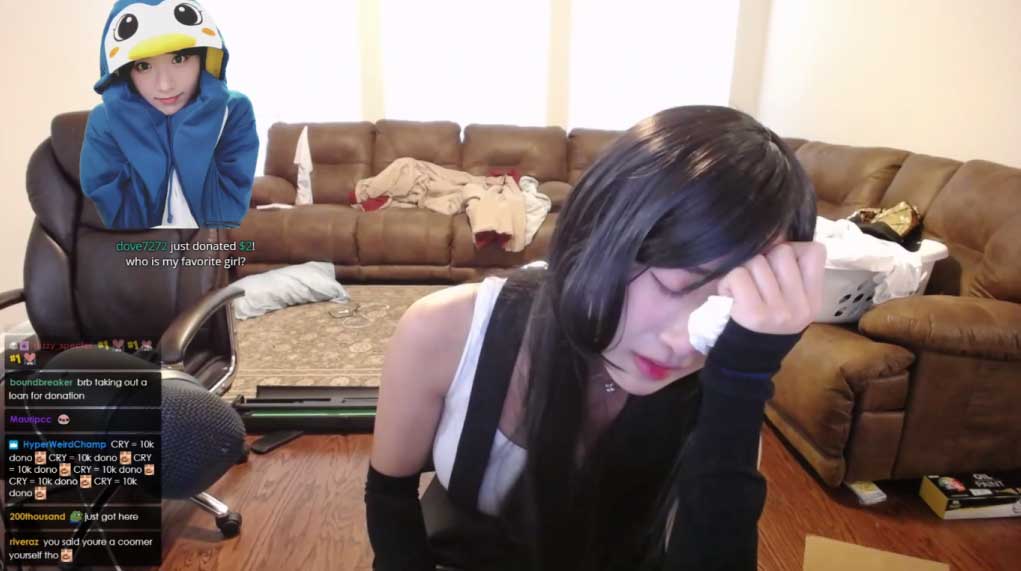 Jinnytty on Twitch likes to parade their skimpy clothing on camera, though. In fact, some female streamers tread away from the “tank top” strategy as a way to attract viewers.

For instance, Korean Twitch star Jinnytty recently broke down when her chat persistently requested for her to “take her clothes off.”

The streamer was showing off her Final Fantasy cosplay outfit in a Just Chatting broadcast when her viewers began to insist she should show more of her skin. This made Jinny uncomfortable, to the point where she had to take a break in the middle of the stream.

She came back to the live broadcast with visible tears in an attempt to collect herself:

“I’m not comfortable wearing something that is too exposing or revealing. You guys already know that I don’t like showing myself too much on stream.”

The Korean streamer also decided to end the stream an hour earlier than what was originally scheduled, mainly because her chat was “humiliating.”

This was not the first time for Jinny to deal with trolls. She has been letting it go a couple of times in the past, but it wasn’t until recently that she decided to speak up for herself:

“You guys say a lot of stuff, and troll me, and I don’t feel sh*t. However, this time, I don’t know why, but I tried to cosplay for stream, and I felt like so many people were telling me to just take more clothes off. I’m not your stripper dude.” 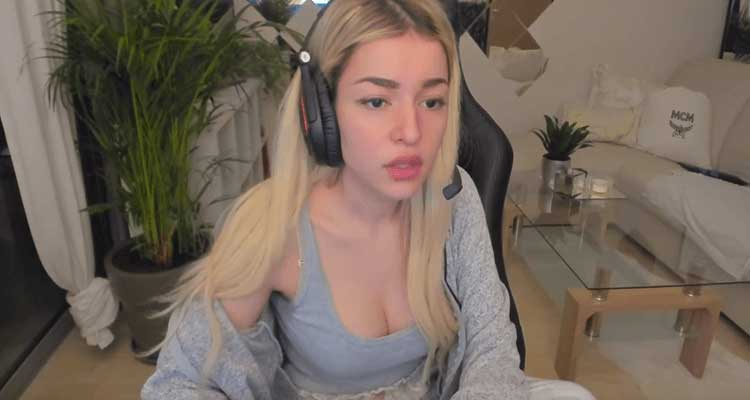 HelenaLive on YouTube
Public scrutiny is a tale as old as time to many well-established, “revealing” female streamers. With harsh words thrown their way almost on a daily basis, some began to wear the title like a crown.

Twitch streamer Helena, for one, has had enough with her prude-like chat and went to reply sarcastically (like a boss queen!) on her clothing choice when viewers began questioning her motives:

Because no matter the reason these female streamers say to justify their choice, it seems like the audience wants to hear one thing alone… and that is for these streamers to admit they’re doing it for the male gaze.

One way to look at people who have beef with female streamers showing cleavage on camera (mostly men, though) is because they are simply “insecure.”

No, it’s not that they also want to have a rack to show. It’s because their skills go unnoticed and they can barely invite new viewers to check out their streams no matter what tactic they pull.

These “titty” girl squads, on the other hand, pull in huge numbers effortlessly. It’s tough to compete when the market is filled with breast-focused clickbait.

But, the anger shouldn’t be misplaced.Don’t hate the streamer, hate the viewers instead. It’s not like they are trapped or unallowed to leave the stream.

The “boob streamers” are only doing what they can to increase their views, like anyone else. After all, every streamer’s task is to find something that sets them apart from the rest.

The core of their strategy is not inherently wrong. Some may consider it distasteful, which is understandable, but they’re just another community trying to climb their chosen platform’s ranks.

Major platforms like Twitch and Mixer have long since adjusted their appropriate apparel rules for streamers.
In a gist, these platforms require their streamers to wear proper apparel, as dictated by their stream’s content. Nudity and sexual conduct is strictly prohibited.

An explicit dress code would be “unreasonably restrictive”, hence they are taking into consideration the variety of activities and content these creators engage in.

Twitch, in particular, delved on how their system usually evaluates reports for sexual conduct:

“Attire is just one factor we will use in making a determination on whether conduct is acceptable. We recommend creators wear attire that would be publicly appropriate for the context, location, and activity they are broadcasting.”

Workout clothes are appropriate for streamers who are offering fitness content, and a swimsuit is acceptable should a Just Chatting streamer is holding a livestream from a beach.

“There are some limits to what streamers can wear on camera. Our rules on clothing attempt to allow for expression while still keeping things safe for the wide variety of audience members that make use of our site.”

Violating the guidelines can get your account suspended or banned on the platform.

Complaints about how women dress on their streams isn’t anything new.

As a result, some female streamers are targeted for harassment and online bullying. A number has had an on-camera breakdown session, while others only grew stronger because of the public outcry.

Though the hate grows by the day, more and more women are owning up to the title. As a female streamer, you’re likely to be put into sexist criticisms regardless of what you wear anyway— so why not take advantage when you can?

Contrary to popular belief, wearing revealing clothes on a livestream isn’t for the faint of heart. It takes a respectable amount of guts.

To each their own! 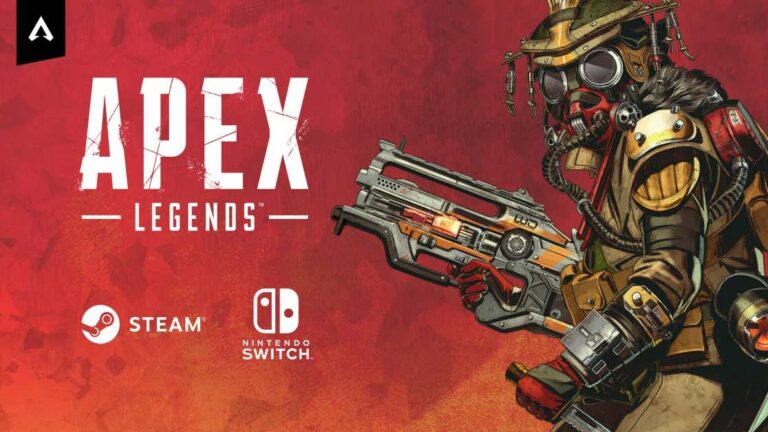 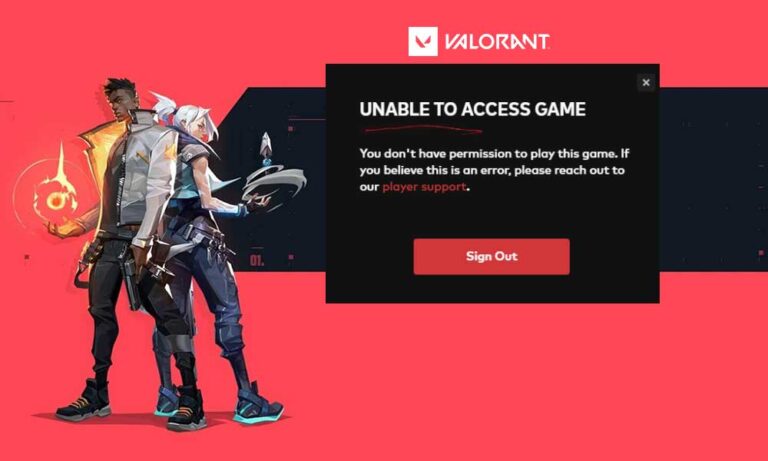 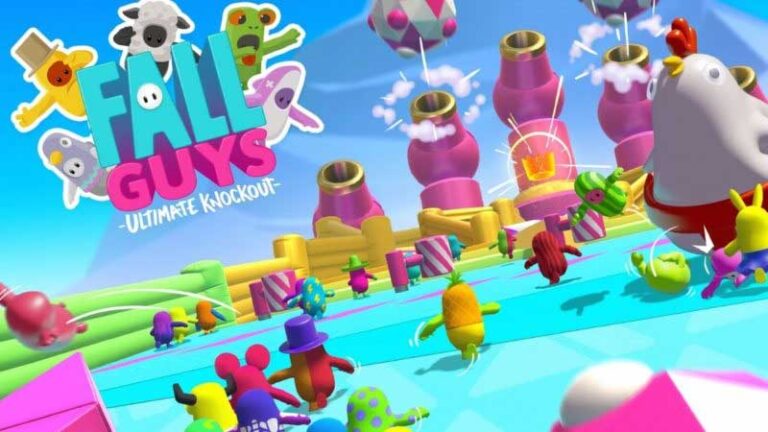 Fall Guys is finally coming to mobile, but in China