Who doesn’t love Pokimane? We’re quite certain we’ve all Simped for her at some point— girls and boys alike. With that in mind, here are 20 of the best Pokimane clips on Twitch:

With an army of simps at her disposal, Poki read a “Boyfriend” dating profile printed out on paper a la Résumé, complete with a QR code for the Twitch star to see what the bachelor looks like.

His proudest accomplishment? The dude claims he’s #1 in Computer Science in his Princeton graduating class of 2018. Poki says it’s actually “pretty impressive.” He also deployed a neural network, machine learning at work and even helped copy-edit the world’s most popular A.I. textbook.

In a rather unfortunate clip dated three years ago, Pokimane worries she may get robbed because of ex-Offline TV member Fedmyster accidentally leaking her card details on stream.

However, she later reassured her fans that everything’s fine because she has good security of her card since card holders will have zero liability for fraudulent charges on their credit card in the US. *Lets out a sigh of relief*

This clip was when Pokimane announced her Donation Cap of 5 USD on Streamlabs, which is remarkably the “first time” she has done something of the sort.

She expressed her gratitude towards the support from her community thus far, claiming she’s in a good spot in life right now— that anything more than that will be unnecessary.

Although her move was criticized by many, we can’t help but appreciate her generosity as she gives more chances to other small streamers. She also encouraged her audience to support growing channels, charities, and treat themselves instead.

4. Poki’s donator is a Snitch

While playing Rust, a particular donator snitched to Poki about XQC coming to kill her on a horse with a shotgun. This revelation then saved her from getting killed as she was able to shoot him down first.

However, some fans started to complain how it was getting rather cringe to see all the snitches in the game. Content creators can’t even play the game or plan anything without annoying viewers turning to snitch in other chat.

Simps, please don’t do this! It’s ruining all the fun for the players and viewers alike.

While customizing her character on CyberPunk, Poki accidentally scrolled a little down below more than what’s appropriate for a family-friendly channel. Although she didn’t intend for the accidental NSFW reveal, Poki ended up showing a rather realistic image of a lady’s bare chest.

It earned a surprised screech from the Twitch star, leaving her to wonder shortly if the accidental NSFW scene would land her a platform ban. It’s okay, Poki, we understand how strict Twitch’s guidelines are.

Let’s just hope there won’t be any more nip slips in the future!

In a clip where Poki was playing diamond solo queue Lux on League, she was rather surprised and stoked to see her skill shot abilities land so smoothly that she took down the enemy Ezreal.

We stan a true gamer girl indeed! As Poki would’ve described it, “that sh*t was hit so f*ckin’ lit.”

While playing Rust, Poke relay to Poki (tongue twister, yeah?) a “message” from Team Rocket. After her anticipation, however, she was only met with the phrase “Goodbye,” as Poke attempted to shoot her. Luckily, he missed his shots as Poki swung her mace and attempted to get back for the failed attempt.

She soon found cover and healed herself pretty well *Thank the Heavens* before shooting Poke in a revenge act as he was seen running away on a horse.

In case you missed it, Pokimane has some decent FPS aim too. Watch the clip to see exactly what we mean!

While playing the hyped game Among Us, an out of context clip of Pokimane saying “I wanna die, please, somebody kill me—“ earned the attention of the online community mainly because it’s so relatable. It’s dark humor.

On days when we feel like there’s no hope left for the likes of us, Poki’s statement is certainly a mood. At least she was able to say exactly what 90% of us on the internet feels. You go girl.

While unboxing her Gaming chair in a clip from years ago, Poki’s cat was present in the background near the big boxes— which clearly entertained the chat.

One viewer went on to say, “[The cat] just wants the box” and upon turning, it was such great timing for the camera to catch footage of the cat jumping.

This made Pokimane and her chat laugh. No wonder a lot of people are captivated by the Twitch streamer! She’s so wholesome.

Sticks and stones may break your bones, but harsh words never bothered Poki— at least in this clip. A dono (short for donator) attached a message saying “Not to be mean, but you look kinda chubby.” Instead of getting frustrated over the poorly thought-out sentiment, she turned the tables and called him out instead.

As per Pokimane, she wasn’t sure if it was a good thing, but at least she never paid anyone to tell them anything. If that’s not lowkey savage, then we don’t know what is.

True to her name, Poki showed her Pokemon enthusiast side as she celebrated over pulling a rare Lugia card. Initially, she wasn’t exactly expecting anything special as she was getting the usual Drowzee, Slowpoke, Sneasel, and Hitmontop.

However— the Lugia card was a pleasant surprise waiting at the bottom of the deck. If you want to see how Pokimane fangirls like the rest of us, you must definitely watch this clip!

While playing VR chat, Pokimane was taken aback by a certain player portraying Patrick the Starfish from the popular Nickelodeon show Spongebob Squarepants.

The resemblance was very uncanny, not only from the signature pink look but along with his Patrick Star impression that’s similar with the character. Upon knowing that it was because the player has a five-year-old kid that he was good at doing it, Poki burst into laughter. Her laugh is always music to her fans’ ears!

Have we ever mentioned Poki is quite savage? Yes? Well, we feel the need to reiterate that part.

Though it appears Pokimane was all in it for the jest, that didn’t stop her savage slander towards fellow streamer Mizkif. She goes on to say that even on days where she hits rock bottom, she consoles herself with the fact that “At least I’m not Mizkif.” Ugh, we stan! We’d allow Poki to talk sh*t about us any time of the day, too.

When Pokimane was not having a good time playing Rust, she vowed never to return to the game anytime soon. We STAN an icon with conviction!

Life is too short to do things that don’t bring us joy anyway— may she serve as an inspiration for us to strive and find worthwhile activities that make us happy. Be gone, negative energy.

Pokimane’s army of fans range from all ages, from young professionals to teenagers in high school. In this particular clip, Poki was reminding a familiar fan to not get past beyond bed time.

Upon saying that he didn’t have anything important to do because it’s the weekend, his mom went into the room unexpectedly — only for him to cut her off and tell her she’s talking to Pokimane. Poki’s fans sure know the true meaning to dedication, indeed.

When a dono went on to attach a message pointing out all the games Pokimane struggled with (AKA every single game she played thus far), Poki answered back with just the perfect amount of sarcasm. Really clever, witty, and very funny. And to top it all off, the effort earned a round of applause from her.

We can only aspire to remain as composed and unbothered as her! You go, girl. Give us nothing.

When a viewer pointed out how everybody in Morocco at the time was making memes about the Twitch star coming to Morocco — Pokimane honestly revealed how she doesn’t get the meme. It’s highly relatable, though. We spend so much time on the internet yet that doesn’t mean we get all the humor of different memes.

Well, honesty is still considered as the best policy, yeah?

18. Warm-up for Among Us Rivals

In preparation for Rivals, a big Among Us event, Poki began her warm up accordingly by stretching in front of the camera. Well, gaming does take a toll on the self and it’s always better to condition your body and mind prior to taking part in the game.

A true advocate of keeping yourself fit and healthy, indeed. Gamers, don’t forget to stretch every once in a while as you grind for long hours, okay?

Pokimane speaking French? Is there truly anything she can’t do?

Watch this clip to hear the Twitch star say the word “Poggers” in her French accent, which only makes us swoon! We need to learn other words than Bonjour now, BRB signing up for the nearest French class.

This is for everyone who can’t get enough of Pokimane’s cuteness!

Watch Poki flaunt her new haircut, looking pretty in front of the camera and acting all cute-sy. She has truly mastered the art of being cute, perhaps she can make a fortune by writing a book about it. We need your wisdom, queen.

PrevPreviousWhat are the Best Games to Stream in 2021?
Next20 Best League of Legends MomentsNext 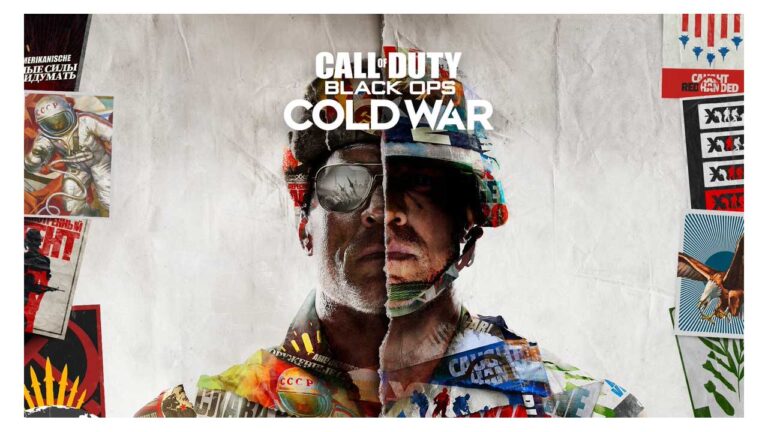 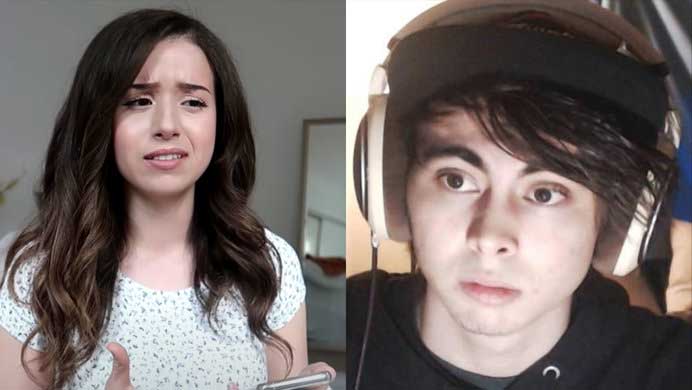 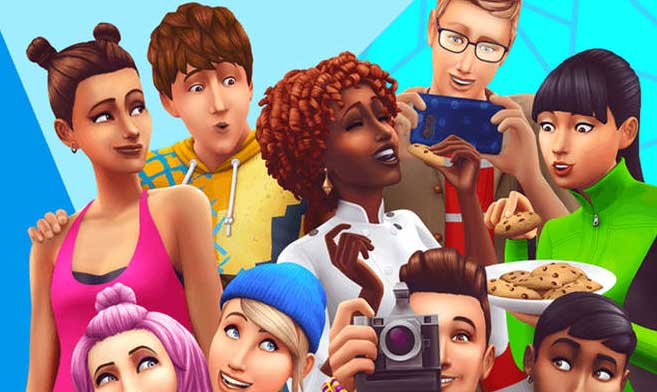