Siren Head: How This Creepy Artwork Became an Indie Game that Shook the Gaming Community

This summer, you decided to join in on a camping trip with friends. One evening, you excused yourself from the bunch for a walk. As you were walking in the forest at night, inhaling the beauty of the darkness, and grounding yourself to the earthy sensation, you felt your body shiver. As you compose yourself and try your hardest not to give in, you hear the horrifying sounds of air raids, like you’re in the middle of a war zone. Then, it stops. Not far from where you stand, you see a 40-foot pole that you swear you saw moved.

You shrugged the image off of your head and started walking hastily. But, you feel someone following you. In a split decision, you ran in the hopes of getting to the nearest safe place. However, it seems like you’re running in circles, and, what’s worse, you feel like the humongous pole is catching up to you.

As it follows you, you hear screaming. You heard sirens, car alarms, even the voices of your friends calling out your name in pain. Just when you feel like all hope is lost, you bumped into someone who’s clearly confused as to why you look like you’ve seen a ghost.

You sigh a breath of relief as you look back and witness the true nature of what the campers have been identifying as the Siren Head.

What is a Siren Head?

As the name implies, Siren Head is a creature with dual sirens on its head. For its body, it’s a combination of dehydrated and desiccated mummified skin but actually looks like the illusion of rusty metal.

As per the accounts of those who have seen this notorious Siren Head, its arms are as long as its body. Upon closer inspection of its anatomy, the abdominal section actually has wires pressed against the skin.

Regarding the sounds it makes, it plays different types, depending on when it’s hunting or not. When it’s asleep, it fills the silence with white noise. But, when it’s on the verge of capturing prey, it can vary from siren sounds to conversations, to crying and screaming.

On particular occasions, the Siren Head doesn’t display the sirens but can sometimes mimic lamps as it can adapt to current technology. This adaptability is one of Siren Head’s strengths to capture prey and kill them.

The Siren Head goes under various aliases such as Lamp Head, The Patron Saint of Going Missing Without a Trace, Of Bad Things Coming, and Creeping Dead.

What is the Personality of a Siren Head?

As a growing number of individuals experienced a slightly creepy encounter from the Siren Head, they were quick to provide their first-hand accounts of the personality and the strengths of this monstrous predator.

First up the list, people confirmed that Siren Head is an aggressive and flesh-hungry monster. It will chase you, lure you, and torture you in every way imaginable before putting the final kill on you.

Next, it is very skilled and equipped with intelligence levels beyond compare. It will camouflage for days until it has the perfect opportunity to feast on human flesh. What’s more? It can outrun and outwit you.

Last but not least, the Siren Head uses sounds to confuse or disorient the prey before finally landing the kill. This basically sums up the Siren Head’s personality. As for its strengths, read more below.

What Are The Strengths of a Siren Head?

The Siren Head being gigantic, does not only use its size for its killing advantage. Although the Siren Head can literally smash everything on its path and wreak havoc all over, there is more to what a Siren Head can do.

On top of the list of its strengths is the Siren head’s ability to do mimicry. The Siren Head can play mind-boggling and uncomfortable sounds like weeping, crying, screams of help, even radio announcements and news.

The mimicry function is doing more than just confusing the prey, but the sounds also drown the prey’s cries for help and screaming for his life. Another deadly strength that the Siren Head possesses is its flexible and swift nature.

The Siren Head can stay immobile for days while waiting for a person to get completely lost in the woods and strike. It can also camouflage itself as an electrical post or as a tall tree. Plus, the Siren Head attacks like the dead air of the night. You won’t hear anything moving unless the Siren Head wants to play with its food first.

Last but not least, to the Siren Head’s arsenal of deadly tricks is the power of transformation. From people’s accounts, the Siren Head can actually transform itself into a piece of home furniture before slaughtering a family. Also, several people claimed to see the Siren Head with not just two megaphones on its head but more than what we could’ve possibly imagined.

Where did the Siren Head Come From?

Despite the terrifying backstory and the convincing accounts of experiences, Siren Head is a work of fiction. The Siren Head is a creepy yet astonishing artwork of Toronto-based illustrator, Trevor Henderson.

The Siren Head was introduced to the public in 2018 and has earned the status of “Modern Urban Legend” from the indie horror community, creepypasta fanatics and the entire gaming community as well.

It was because of a Fallout 4 mod which made the Siren Head a go-to immersive game for those who are hungry to discover and experience the wrath of this monstrosity. This Fallout 4 mod was complete with the Siren Head chasing you and causing you the creeps, the foggy and eerie surroundings, the white noise and the helpless sounds for help.

What are The Games Created With Siren Head?

Since the Fallout 4 Mod was released earlier, gamers got to immerse themselves in the terrifying experience of being chased by the Siren Head. However, this awesome creation by Trevor Henderson came to life and was brought to everyone’s gaming screen through the one-man game developer, Modus Interactive.

Modus Interactive developed the game with the inspiration coming from a PS1 game jam and voila! The brief game where you’ll end up seeing Siren Head with all of its might and will crash your game if you get caught is born.

At first, this indie horror game was nothing more but a Fallout Mod 4, and because of Modus Interactive, the Siren Head became the talk of various streamers/gamers on YouTube.

How Did the Siren Head Scare these YouTuber / streamers?

In a stream from Markiplier (a horror game-commentator), you’ll see an enjoyable walkthrough of Siren Head’s brief yet creepy encounter. Markiplier played the Siren Head game developed by Modus Interactive complete with 8-bit background and astounding colors. Moreover, his experience of the Siren Head’s wrath resulted in him discovering the masterpieces of Trevor Henderson.

Another YouTube personality that has marveled at both the beauty and the strangeness of Siren Head is PewDiePie. On his comedic walkthrough, he stressed the creepy factor of Siren Head that makes this brief yet immersive game exciting.

PewDiePie opened his stream with hilarious and interesting video compilations of people’s perception about the Siren Head. He then played two rounds before researching what Siren Head is all about.

Does The Creator of Siren Head Have Future Plans for Siren Head?

In an interview with a Toronto news website, Trevor Henderson admitted that he was not part of the game’s development and production. Modus Interactive reached out to Trevor about the idea, and he was happy with just being credited to the Siren Head creation.

Now that Siren Head has become a CreepyPasta obsession and the talk of the gaming community, everyone is wondering what’s next for Siren Head. Henderson stated that he wants to work on some comics, some narratives and other materials for Siren Head.

He also mentioned that apart from Siren Head, he’s going to feature some of his pieces as well such as the Long Horse and more. He’s been meaning to use the quarantine period as a time to get his thoughts together and maybe work on more creatures.

As the gaming community continues to be spooked with the Siren Head and its story, we hope to expect more from the up and rising creature creator and artist, Trevor Henderson. When the gaming community unites with the creators and does something magnificent, and as fun as the Siren Head game, there is no doubt that people can look forward to something exciting and immersive experience that everyone can enjoy.

Have you checked out the Siren Head game yet? How was it? Did you get out in time? Or did you meet an untimely demise from the Siren Head?

We’re looking forward to reading your experiences below! 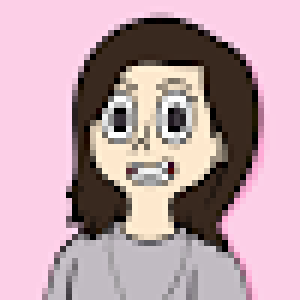 Climbing out of League of Legends' ELO Hell. Currently placed at Bronze II, probably battling it out on the rift and munching on tater tots while drafting a new article.

CTRL+Zed strives to be one of the best esport organisations in the world.

We pride ourselves on our commitment to our players and fans. We have a zero-tolerance policy for discrimination and racism. Game on!